Some might say that I couldn't have picked a bleaker few days to take myself off to Sheffield to picture what for many would ironically be viewed as similarly "bleak architecture": Below freezing, gusting winds and sporadic snow showers; not the best conditions to be out in, let alone if you're fiddling with changing lenses and camera settings. I'm surprised I came back with the fingers of my right hand intact as opposed to losing them to frostbite.


Back in the mid 80's I'd often travel between Leeds, where I was at Uni, to my home town in the south west of England and to keep travel costs down most often went by coach. The coach stopped at several places en route, one of which was Sheffield. Sorry Sheffield; back then it was a dire mix of still active heavy industry and abandoned landscapes and a post war architectural rebirth that, if it ever reached a zenith, was fading fast. A sea of hastily planned, designed and cheaply built brutalist modernist social housing and public works. It was to reuse a phrase: "Grim up North".


However time, money, sympathy and determination have worked wonders within the city over the last 30 years. Some buildings have deservedly been removed, others perhaps should have stayed if we had fully appreciated them at the time and new transport initiatives such as the tram system have breathed positivity back into a city that was once the focus of the heavy industrial world. 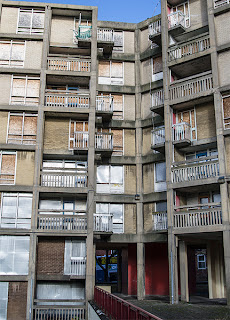 "Socialist" concrete once ruled in a post war Sheffield. The ideology of a better way of life focused on the needs of the people who were in desperate need of housing and amenities after long term industrial degeneration and the Luftwaffe's best attempt to decimate the landscape. Planners and architects began to look around for a model of a new Sheffield; one that looked to the future, helping to eradicate the horror of the recent past and so they looked east out across the "iron curtain". What the likes of Le Corbusier, in France and it's territories, started off as a focus on the quality of the materiality of brutalist creation had been quickly mimicked by the Soviets and now Sheffield wanted some of it.


Social engineering was the order of the day: "The state knows what's best for you and it's being generous in providing it". Without doubt good intentions, but this was the realm of experimentation on a restricted budget: It wasn't likely to end well and for the greater part it didn't.

What the Smithson's had proposed by the creation of "Streets in the sky" was the encouragement of "a sense of belonging" and "neighbourliness" which was realised in Sheffield by architects: Ivor Smith & Jack Lyn in the shape of Park Hill; the most ambitious inner-city development of its time. Planning commenced in 1945, construction in 1957 and completion in 1961 atop one of Sheffield's seven hills (note similarity to Rome!) Park Hill was the place to live and it was quickly populated. It was a small town and even had it's own travel agent, a dressmaker, a nursery school, a funeral parlour, public lavatories and four pubs. 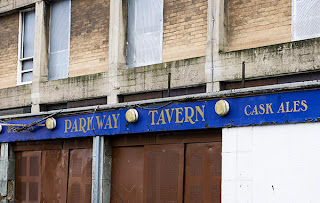 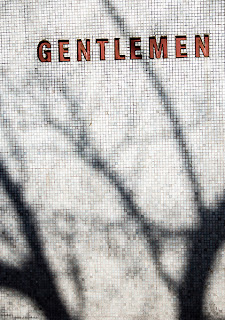 By the time I was travelling past it in the mid 80's it was already looking jaded and rather sorry for itself; now cut off from the rest of the city centre by the dual carriageway ring road. It clearly wasn't providing the utopian way of life that it had promised and surely it would only be a matter of time before it either became a casualty of the concrete cancer rife at the time of it's construction, or the social issues it had created; not overcome. 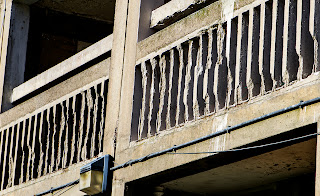 Ironically it didn't die a natural death due to concrete decay. Truth is the superstructure was well implemented, although some of the "add ons" had not fared as well and gave the external impression of disease. No, it was all of those things the visionaries had hoped to avoid in their striving for a new and better way of life: Isolation, vandalism, crime, anti-social behaviour, drug gangs and poverty. Truth is the slums that Park Hill replaced had a sense of open community and Park Hill simply became a series of 995 stacked boxes with well bolted doors.


It became an albatross for Sheffield City Council: It couldn't afford to up keep it, but come 1998 it couldn't demolish it as English Heritage awarded a Grade 2* listing, in so doing creating Europe's largest listed building.

Next Part: Brutalist Sheffield: The Rebirth of Park Hill - Hope


Posted by Revealing Light Photography at 15:24 No comments: